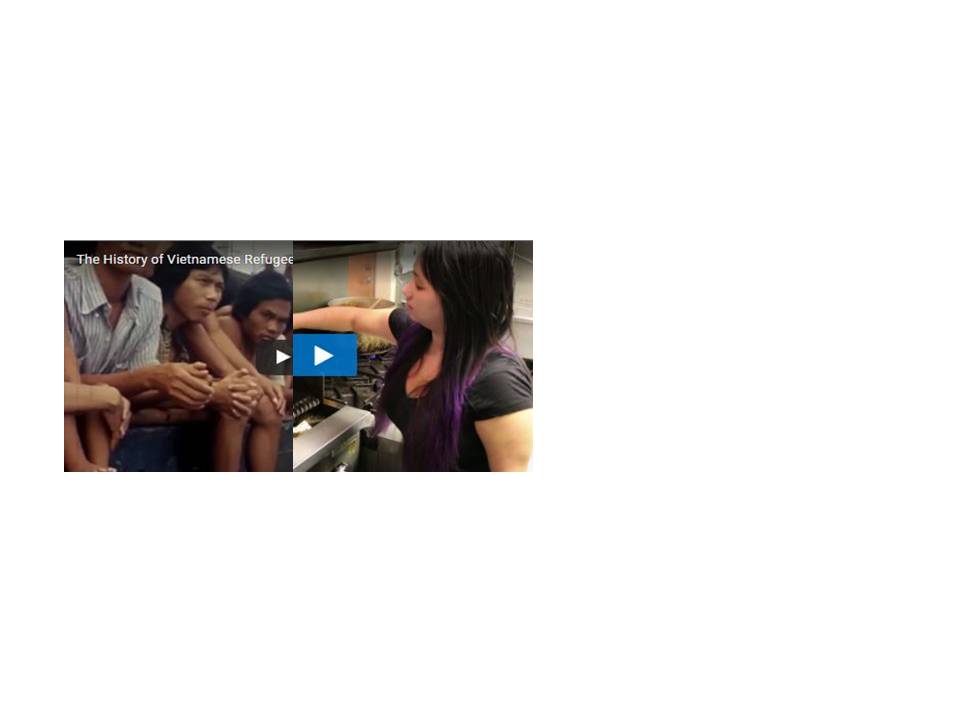 In the last post we watched Anh Luu talk about her life as a chef, a Vietnamese American, and her take on blending the many sides of her own cultural identity.

Compare the way this story below begins with Anh’s profile video, even though this video describes an Australian perspective, we can examine the stark differences in narrators and the sources of the narrations.

This is of course a more difficult comparison to make with our younger students but a rewarding conversation to have.

(ADDITIONAL DISCUSSION OPTION: This second film can also be used by teachers in class to make the comparison with current refugee and immigration issues facing the world and our nation.)

In particular, around the 3:40 mark, point out how many young men arrived on the boat, and why the Australian government kept the boat’s arrival a secret.
How  many non-white Australians was enough to scare the population?
Discuss the importance of fear in the immigration/asylum debate.