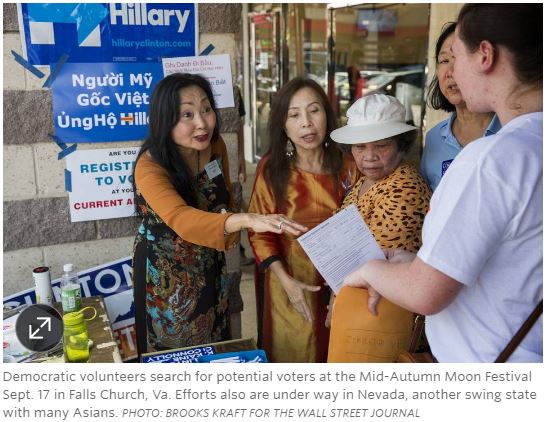 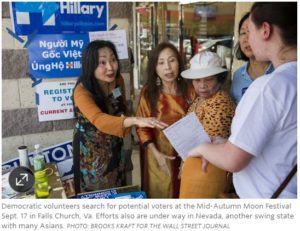 “The Asian-American voter pool is remarkably diverse, ranging from Pakistanis and Indians to Chinese and Koreans.” That is the ethnic breakdown in the state of Virginia in an article from the Wall Street Journal. In Washington State we would add the populations from the Pacific Islands as well. This means the diversity of the Asian and Pacific American voting public is as varied as any other groups. Outreach by both major political parties will need to contend with this diversity. To the list we can confidently add: Vietnamese, Cambodian, Lao, Japanese, Thai, Sri Lankan, Filipino, Hawaiian, Fijian, Maori, Samoan, Tongan and a dozen other ethnicities.

The reality for political campaigns is that there is an assumption that if you reach one of these groups, you’ve reached them all. I very clear terms, that simply is not the effect.

In 2012, Asian and Pacific Islander Americans were a major factor in the elections; some have argued that we collectively were the most significant swing vote in that national and state-level elections.

Yet in the subsequent years, voter turnout in these populations dropped. 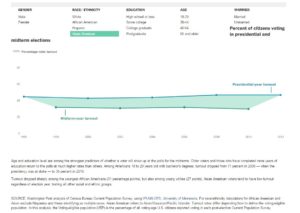 I pointed this out at the dinner table this past summer. I was happily surprised at how interested my kids were in the topic.

My daughter entered her fourth grade class with the expectation that she would learn everything she needed to know about voting, elections and the Constitution. We are several weeks into the school year and I am trying to manage her expectations a bit. What I am struck by, is that she is committed to this idea of voting. Participation in elections, for her, is as important as her own interests in sports, arts and music. In essence; being a voter is an important part of her identity. She was disappointed that the right to vote wouldn’t be hers until she turned 18, because as she stated, “I’m a citizen now.”

What this triggered was a series of questions of whether the American voter– in particular Asian and Pacific American voters– saw the right to vote as inherent to their identity.