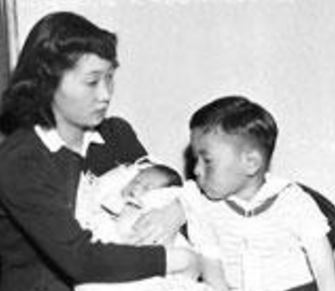 2017 marks 75 years since the first Japanese Americans we forced into assembly centers and then to concentration camps throughout the United States.

Here in Western Washington American citizens and their parents were held at the Puyallup Fairgrounds– renamed Camp Harmony and then most were sent to Minidoka camp in Idaho. “Except in Portland, Pinedale, Sacramento, and Mayer, large fairground or racetracks were selected to minimize the need for building extra housing. At the racetracks, stables were cleaned out for use as living quarters. At the Portland Assembly Center over 3,800 evacuees were housed under one roof in a livestock pavilion subdivided into apartments.” (Densho Project Website)

Tanforan was a racetrack.

When we consider the events and the rhetoric of today’s electoral race, the importance of memorializing this tragic era of American history is not simply a message for those whose families share the direct legacy: It is for all the country to consider whether we will be complicit in this happening again, or not.