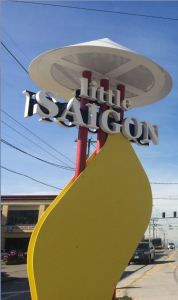 2015 marks the fortieth anniversary of the fall of Saigon. The resulting chaos in Vietnam as families raced to the find a ship or airplane on which to book

passage is a story common to many of our neighbors and friends now resettled here in the Pacific Northwest. Many families were separated, children finding their way without parents; parents heartbroken. Others, like Son Michael Pham’s family made it out together. KCTS, Channel 9 here in Seattle produced this segment. April 23, 2015